The Society 2022 AGM was hosted in Scotland at the home of the Kingsbeck Jersey Herd, Biggar, Lanarkshire by very kind permission of Mr Jon McCosh.

Celebrating the ability of the Jersey breed throughout the day specifically in terms of milk production with combined fat and protein levels that the breed is recognised for. The morning was dedicated to the formalities of the JCS AGM and led by outgoing Society President Mr John Stubbs of Coldeaton Herd.

JCS Chairman, Mr Mark Logan, opened proceedings on the day and welcomed everyone to the 139th AGM.

At this point Mr John Stubbs read an overview of his term as Society President, including the events he had thankfully attended over the last 12 months when the pandemic allowed. He also extended thanks to the support he had received over his term both from Emma Horn and the team at Jolly British, Field Officier for the Society, Becky Hurd and especially to Chairman of the Board, Mark Logan and his fellow Board Members. John concluded his presidency with looking to the future of building a relationship with Pedigree Livestock Services in particular their lead Andy Ryder and the recently appointed dedicated member of their team and new Company Secretary Heather Pritchard. JCS Chairman, Mark Logan, then read his annual report commenting on the challenges the Board had faced over the last 12 months. Also commenting on the decision of Emma Horn stepping down following 10 years of commitment to the JCS as the company secretary role.

Finance Director, Steven Bland, followed with his annual report which had been circulated to the members prior to the AGM.

The election of new President Kathy Le Brun was carried out along with the election of 2 new board members, namely John Waller (Killington herd) and Philip Arrell (Thistlerose herd). The re-election of Mark Davies (Rivermead) and Douglas Hume was also unanimous from the room.

Following the formal AGM, retiring board member Mr John Whitby gave a report and shares his reflections of '10 years at the Coal Face of the JCS Board). John was also presented with the Weydown Society Trophy for his contribution to the breed. 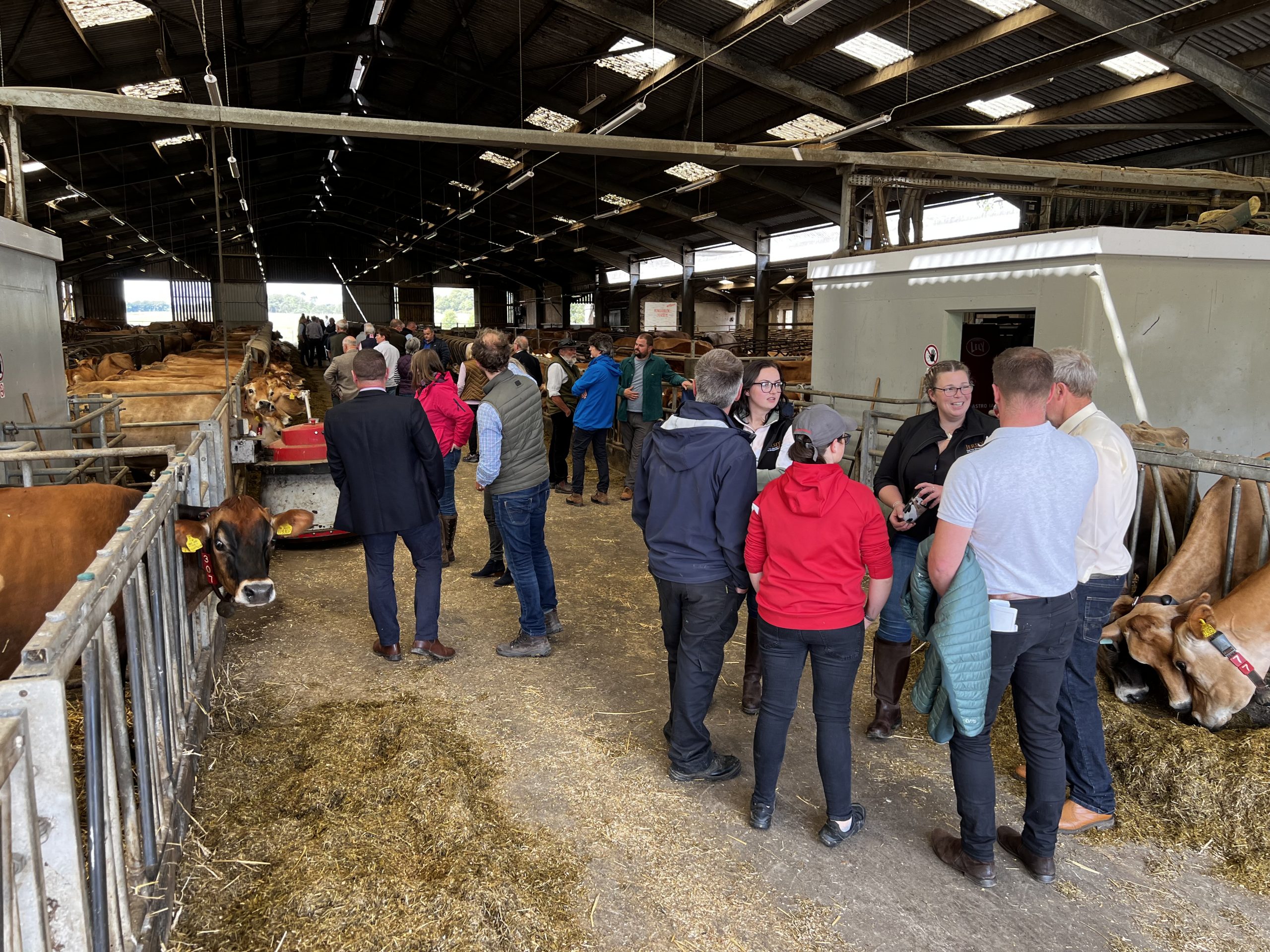 Members were welcomed to the 2022 AGM held by kind permission of the Jon McCosh, Kingsbeck Jerseys, Lanarkshire.

Are you passionate about the future of the breed? Would you like to help improve the range of services the Society offers? Or is your passion more in marketing and would you be able to help to promote the Jersey Breed ?  If so, then we would love to hear from you.

As we are looking for members who are passionate about the Jersey breed and in helping to promote the  strength of the breed, her commercial versatility and quality produce.

To find out more about how you can get involved please contact Mark Logan on 07889 532280 or complete the Director Nomination form by 5th July.

We look forward to hearing from you.