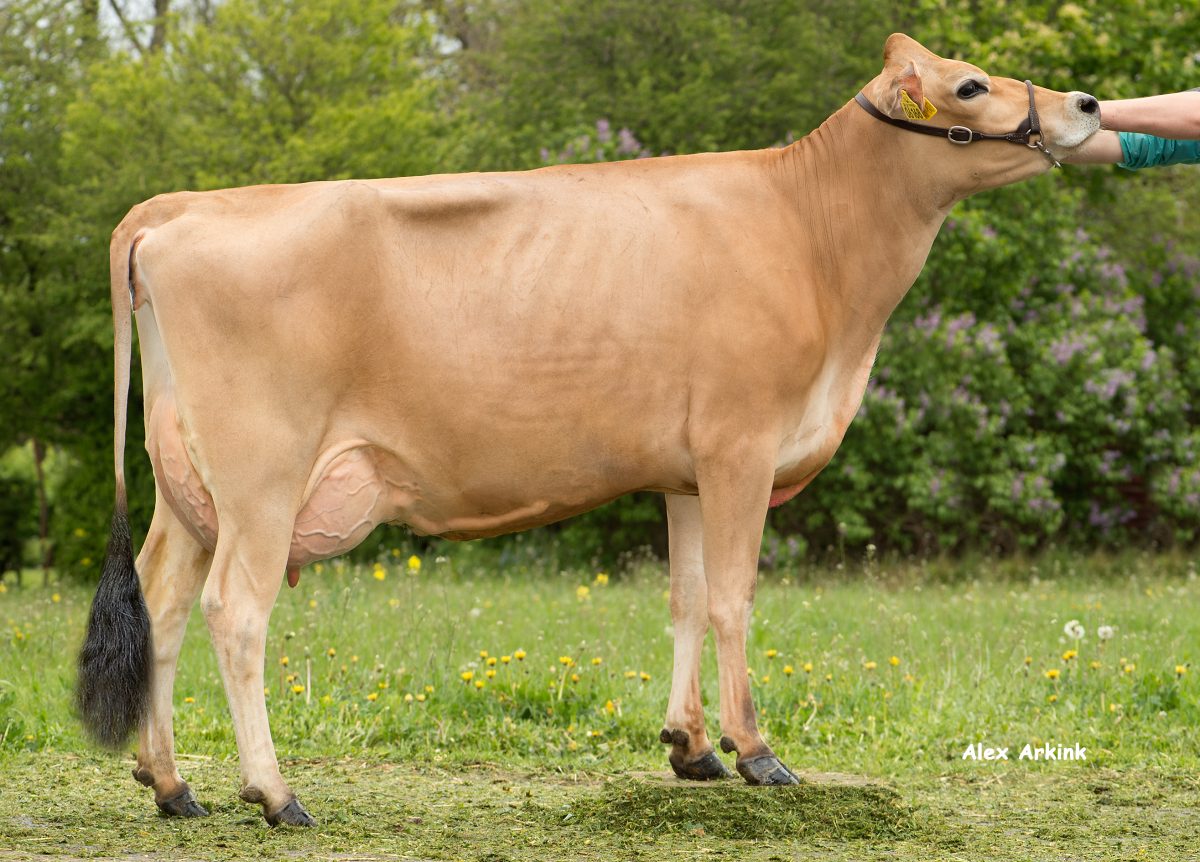 VikingGenetics (VG) and the Jersey Cattle Society of the United Kingdom (JCSUK) have announced a joint agreement which will increase the ambition and scope of each organisation’s Jersey breeding programme.
The agreement sees selected cattle from UK Jersey producers’ herds being genomically tested by VikingGenetics and offers the opportunity for animals with the highest genetic merit to be used in VG’s VikingJersey breeding programme.

The scheme is mutually beneficial to both UK Jersey breeders and VikingGenetics. Firstly, it enlarges the gene pool from which VG can select its potential bull mothers and secondly, it broadens the opportunity for UK breeders to be rewarded for producing Jerseys with internationally competitive indexes and pedigrees.

The animals will be identified using Viking’s selection index, the Nordic Total Merit (NTM), and those with the best bloodlines could go on to be potential bull mothers or used for embryo contracts through the VikingJersey programme.

Peter Larson, Manager for VikingJersey says: “JCSUK represents the second-largest Jersey population in Europe and has many interesting outcross pedigree combinations and a wide diversity of bloodlines.

“Over many years it has developed its Jersey from the native UK and Jersey Island base, adding bloodlines from the USA, Canada and New Zealand. As a result, it has more diverse pedigrees than those commonly seen in many other countries, including the VikingGenetics nations of Denmark, Sweden and Finland.

“The larger genetic base of the combined Nordic and UK populations now makes ours the third largest Jersey breeding programme in the world, and equips it well to produce the 35-40 young Jersey bulls we expect to join our stud every year.”

John Whitby, Chairman of JCSUK, says the breed society is delighted to have forged this arrangement which gives its members the opportunity to take part in an important international breeding scheme.

He says: “It may even help our JCSUK members discover high calibre bloodlines in their herds they may not have been aware of, and gives them the opportunity to capitalise on their value.

“Furthermore, by acquiring genomic information for some of their cattle funded by VikingGenetics, it may encourage them to embrace genomic testing. This practice is routine in all offspring across the Scandiavian countries and could unlock another avenue to making genetic progress in UK breeders’ herds.

“The arrangement gives full access to the entire VikingJersey stud and puts UK breeders in an equal position when it comes to acquiring the latest Nordic genetics,” he adds.

Both the UK and Viking countries have close similarities in their breeding goals, each aiming to breed high-health, fertile, efficient animals with a robustness to thrive in a range of farming systems. The Viking NTM and the UK’s £PLI (Profitable Lifetime Index) are similar in reflecting these goals, so giving UK and Nordic breeders a commonality of purpose.

Jersey producers who would like to be considered for the programme should contact JCS National Office on 01926 484035 or email in the first instance.