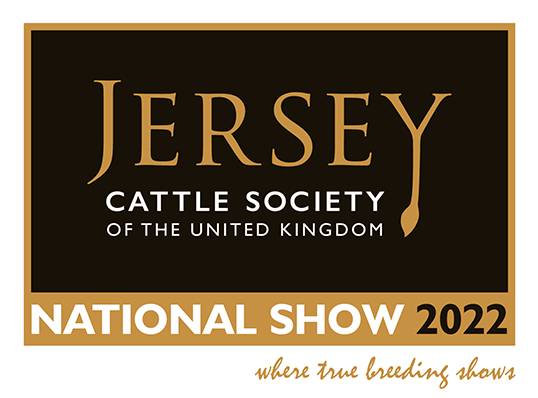 It was a clean sweep for the Jersey breed when it scooped all four Interbreed titles on offer at the South West Dairy Show, which was hosting the 2022 Jersey National Show.

The four interbreed awards included the showmanship, calf, junior heifer and overall breed championships all being achieved by the Jersey breed with the breed champion claiming a virtual maximum score in the interbreed class against the Holstein, Shorthorn, Ayrshire, Guernsey and any other dairy breed.

It was the 2nd calver, Riverside Engineer Hazelnut 3 from Nia and Ben Llewellin of Haverfordwest, Pembrokeshire who lifted the top accolade. This outstanding daughter of great show cow Riverside Tequila Hazelnut, is following in her mother’s footsteps as she too lifted the Interbreed Championship at this event in 2017 and 2019. Teuila Hazelnut also won in 2017 the Breed Championship and Reserve Supercow at Agriscot and followed in 2018 winning the All Britain Intermediate Cow title and Honourable Mention in 2020.

Commenting on this fantastic win, Nia Llewellin said: ‘I just cannot believe that Hazelnut has gone and won the Interbreed just like her mother. It is a dream come true and one I will never forget. This family is amazing for us as Hazelnut’s Casino-bred daughter also won her class today’.

Nia’s first love of Jerseys happened when she was just eight years old when her father and mother gave her a Jersey calf for her Christmas. The Hazelnut family came later when her father had the choice from three heifers and selected the first Hazelnut to join the herd and the rest is history as they say.

The quality of Jersey cattle was extremely high and would have been capable of gracing any world stage within the breed.

Commenting on the show of Jersey cattle was judge for the breed Duncan Hunter “It is always a privilege to be asked to judge at any show but being asked to officiate at a National Show is an absolute honour! The 2022 UK Jersey National show was an event that showcased the breed to its very best. The calibre of stock exhibited and the way they were presented was a true testament to the breeders’ dedication to the Jersey breed. It is always a pleasure to judge great individuals, and that was certainly the case with every class containing superb quality all the way through.  The event was that extra bit special as the Jersey breed dominated in every section taking all the Interbreed titles on offer, highlighting the outstanding quality of the three individual Jersey Champions.

“I would like to thank the Jersey Society of the UK for allowing me to be a part of such a wonderful day for the breed which I thoroughly enjoyed, and I thank your exhibitors and members for their conduct and friendship shown to me during the event and must congratulate all those involved in making the 2022 UK Jersey National Show such a success.”

Securing the Junior breed and Interbreed heifer championship was Bluegrass Dancing Hair Bobbles from Barry, Jenny and Claire Daw from Hertfordshire. Hair Bobbles is a star in the making as she shone through her breed class and captured the judges eye as soon as she entered the ring for the interbreed class.

The next star of the show was exhibited by James Evans of the Futuredreams Partnership with Futuredreams Valentines Magic Veronica lifting the title of Interbreed Champion Calf under judges Mr Brian Weatherup, Mr Mike Deakins and Mr Duncan Hunter. Veronica certainly has the magic and will no doubt be back next season on the show circuit.

The first Interbreed title of the show was the Showmanship class which was won by the 21st birthday girl, Emily Davis under judge Mr Mike Deakins.

Congratulations to all exhibitors for supporting the National Show 2022, also to all the judges, stewards, sponsors and of course The Royal Bath & West of England Society for providing a superb platform to stage the Jersey Cattle Society National Show. 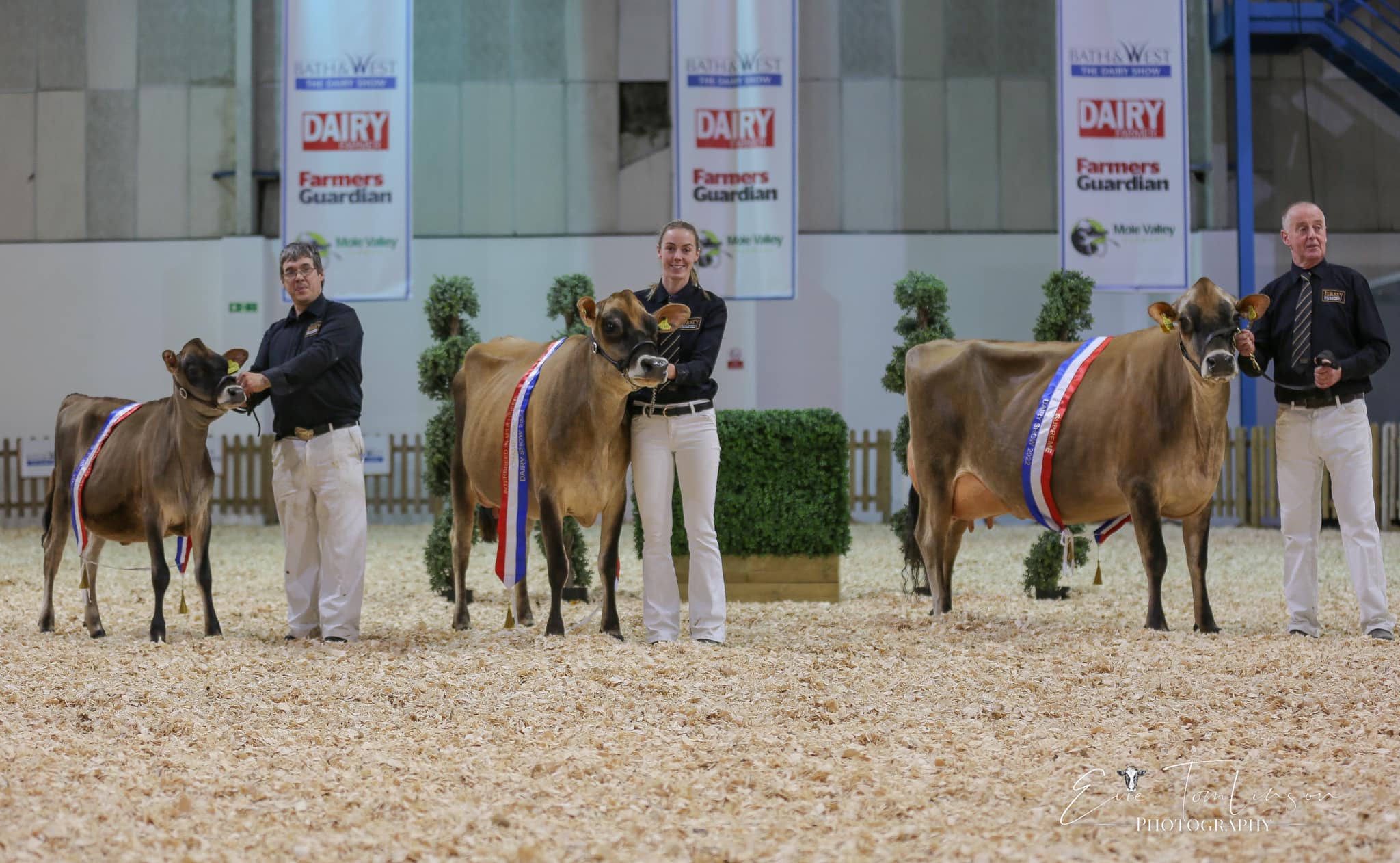 All Interbreed Champions as well